Covid new strain: The warning sign of COVID-19 on your nails or earlobe 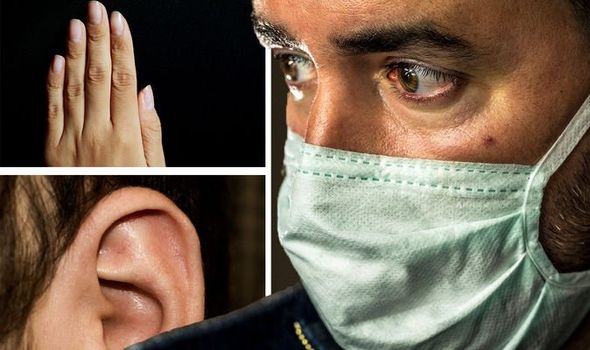 CORONAVIRUS deaths rose by 529 yesterday, taking the total number of fatalities within 28 days of a positive COVID-19 test to 81,960. While there is no evidence the new mutated variant is more deadly than previous strains, it is more important than ever to be on guard for the warning signs of COVID-19. Your nails and earlobes can help indicate whether you have low blood oxygen levels – a telltale sign of COVID-19.